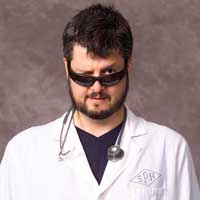 James Romanow is primarily known for his witty and colorful weekly wine columns in the Saskatoon StarPhoenix, and Regina LeaderPost. He also appears regularly on the CTV Noon Show, and John Gormley Live. He also authors Wine World for QC and Bridges magazines. In addition his work appears in the SpectatorTribune.com

“After working as a business journalist in Canada, America, and the Middle East, I decided to write about something that mattered: I began writing about my lifelong romance with beer, wine and spirits, under the pen name of Dr. Booze.”

In addition to the StarPhoenix, his work has been published periodicals as disparate as Airport Finance, Euromoney, The Financial Times, The Financial Post, The Globe and Mail, The Assiniboia Times, World Coffee & Tea, Plane and Pilot, Aviation International News, Oman Economic, Oman Oil and Gas, Tourism Oman, Story, and Freefall magazine, and anthologized.

And like all journalists he fancies himself a dashing artist at heart and is proudest of course of those last two publications which together, paid him just about enough to buy the bottle of wine he had for dinner last night.