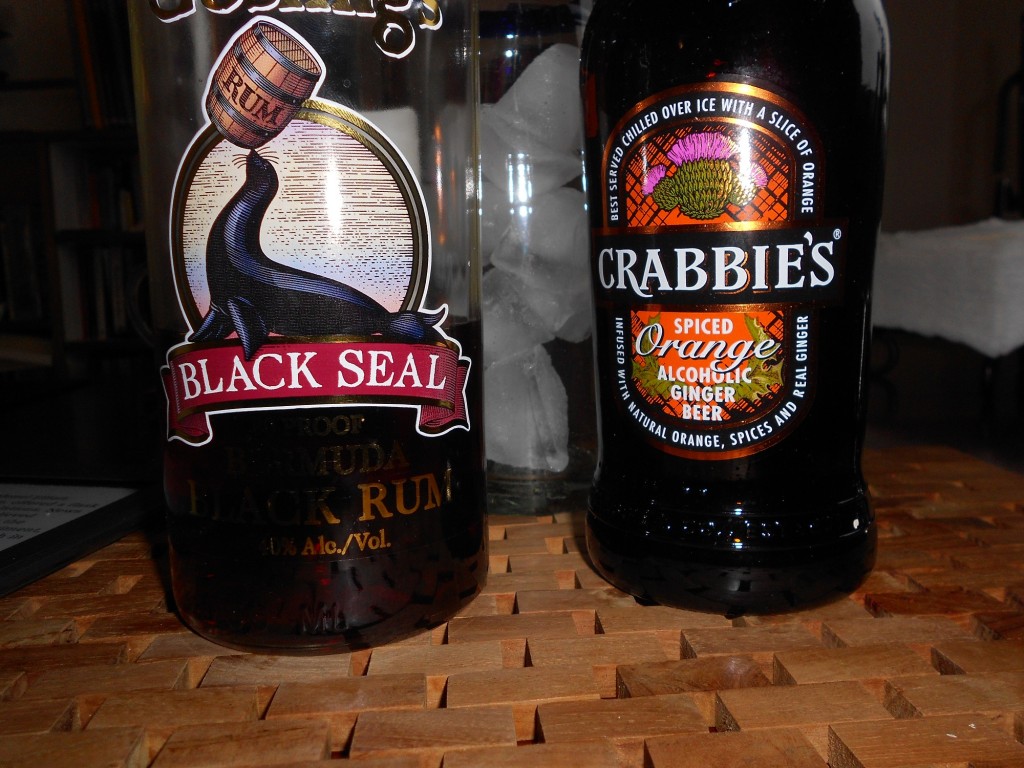 If ever there was a day where a Dark ‘n Stormy was called for this is it.

The cocktail is a Bermudian invention made with a local non-alcoholic Ginger Beer, Barritt’s. The stuff is the real thing, a greenish cloudy intensly spicy ginger beer (or at least it was last time I had it. I’ve heard rumours since that they’re filtering the stuff now.) It has a real ginger kick that shows up ginger ale as a pale and tasteless imitation.

Of course a real Longtail makes her Dark ‘n Stormy with Gosling’s Rum, another local product still made by the family that started the firm back in the 1700s. It’s a great dark rum, although if you’re looking for a smooth sipping rum you’ll probably prefer a more upscale variety.

The real problem with a Dark ‘n Stormy is the ginger beer. Lacking a local product you are unlikely to find one as tasty as Barritt’s. But being in Saskatoon I’m unlikely to discover the stuff in the local StuporStore anytime soon.

Here’s a prairie variation that has a decent kick.

Crabbies is actually a pretty good alcoholic ginger beer, though I still lust for the real Barritt’s.

Being Green in Sask @beinggreensk ·
2h

#saskatchewan #conservatives are no longer grateful for their good lives as a #Canadians and you need to be a 'Somebody' to find out why.
Kerpan said those interested should contact their MLA: "I'm sure that nobody's going to be turned down."
https://www.cbc.ca/news/canada/saskatchewan/sask-autonomy-tour-1.6509807