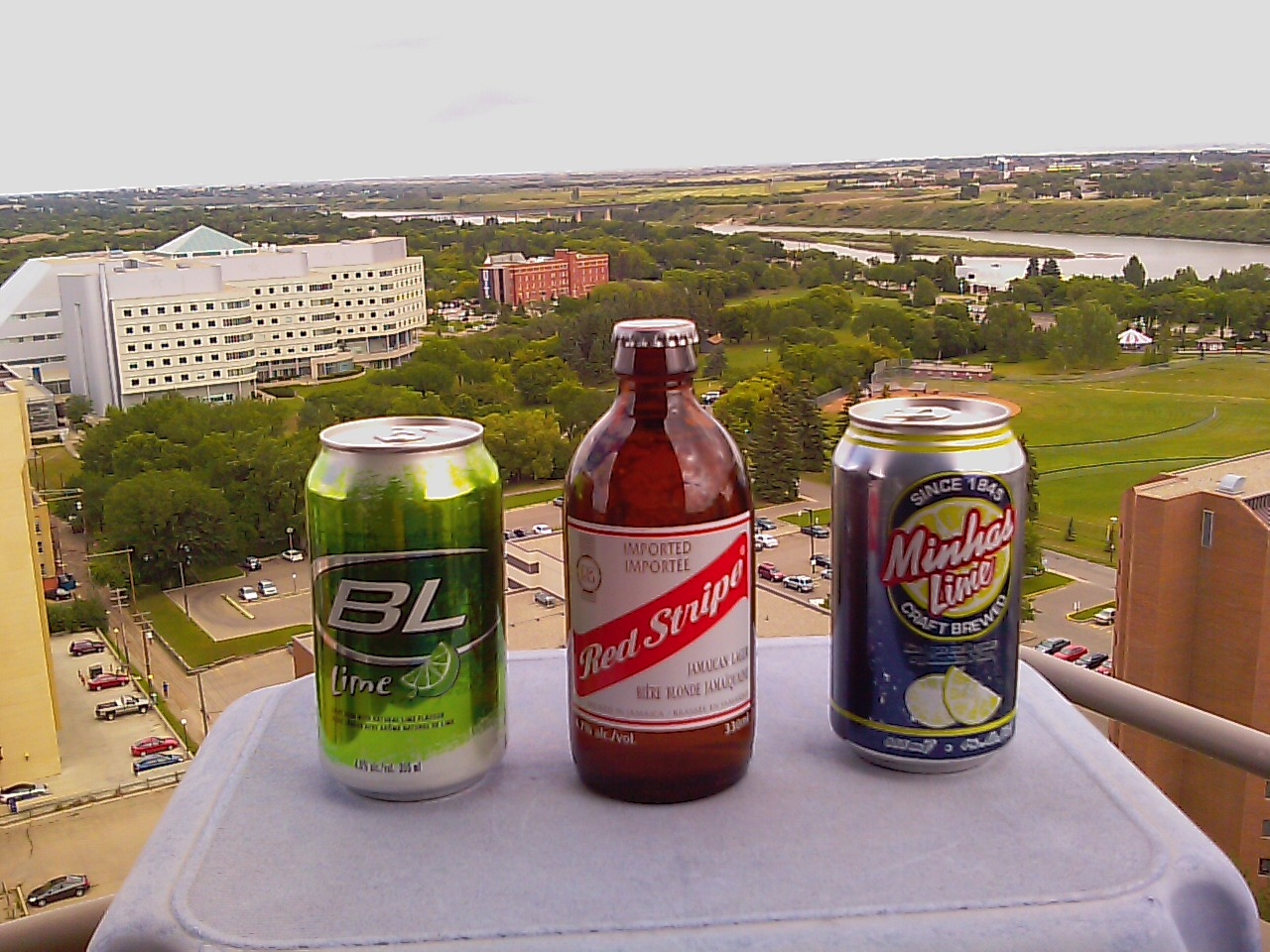 The Undisputed Champion and a (doubtless successful) Challenger

I Imagine the folks at Budweiser are dancing around the office throwing money in the air this year.  From LA to St. John’s the flavour of the summer is BL Lime AKA Bud Light Lime.  To give you some idea of the magnitude of the phenom, it was selling out in Rome when I was there last week.

The demand has been so great here in Saskatoon this summer that it regularly sells out within hours of showing up on the loading dock.

Well the competition may be many things but they ain’t stupid.  The smaller breweries have used their much more manageable supply chains to bring their versions to the market.

Out of curiousity I drank a couple today with John Gormley.  BL Lime is definitely an easy drinking fairly low alcohol (4%) beverage.  I’m not sure if I would want to call it beer.  The beer taste is well back.  Mind you it’s probably a great drink if you’re spending a lot of time in the sun:  the legacy of beer – th slightly bitter edge – will be more refreshing  than a sweet drink.

Minhas Lime beer tastes like a beer with a bit of lime added.  It would be more my choice for beer drinkers taking a walk on the wild side.

And of course I used my old favorite Red Stripe as a standard to drink against.  (Pilsner Urquell would be unfair.)  Also it is the source of controversy for the great Beer Summit at the Whitehouse…

Share and Enjoy:
Tiny Url for this post: http://tinyurl.com/4lpme8e
This entry was posted in Beer, John Gormley Live. Bookmark the permalink.