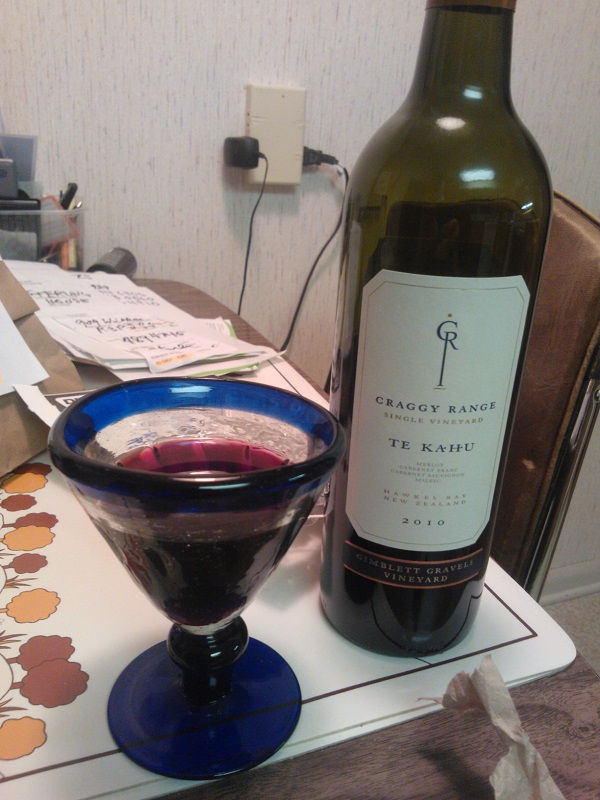 I had a very long day, in emergency with my father. While the staff at the Victoria General were helpful and professional such visits are never enjoyable, and this one ended badly.

I got home and started warming my dinner, a chicken pancetta dish of mine, a variation on chicken cacciatore that I had made as I often do to serve 8. My father and I would eat it for supper and I would freeze 6 servings because it was one of his favourite dishes and one of the few pleasures left to him.

He has macular degeneration and is 94 years 10 months old. His main pleasures in life have always been reading – poetry and whodunnits mainly but a fair whack of non-fiction and literature too – solving crosswords, gardening, and when younger travelling. Slowly but surely each of these pleasures has been taken away by age. I think macular degeneration was maybe the final straw. Crossword puzzles, large print books all slowly became impossible. Is there anything worth doing after that?

I suspect sometime in the next few weeks he will die. Quite likely in the next few days. I left the hospital in tears. (I can say that stuff here. No one much reads my blog.) I put on the pasta, set the chicken on warm, and started typing this. (The pasta is that damned De Cecco Anelli siciliani #179 which takes forever. If I had been more compos mentis I would have put on a faster cooking noodle: I’m getting hungry.) I opened a bottle of Craggy Range Te Kahu Gimblett Gravels.

Rather amazingly the wine stopped my tears, because it immediately engaged my cerebellum. It is lighter, much brighter than thick viscous Californian wines currently in vogue. It has a delicacy and open heartedness which is remarkable. The bouquet is downright engaging. In short the wine slapped my face and made me pay attention to something other than my self pity.

There are many reasons to not drink, and in my current situation those reasons are probably exponentially more important. I could have phoned Sarey, my wife, but all that would mean is her sleeping badly too. In fact I can’t think of anyone to call, because it would make whomever I speak with feel lousy. Who knows? Maybe tomorrow my father will be flirting with the nurses and complaining about them simultaneously (his usual modus operandi.)

There is however some solace and comfort to be found in old pleasurable habits. My father found his in crossword puzzles; I find mine in wine. This may be a bad thing. Most of the world would tell me so. Certainly my doctor would; and I’d bet more than a few of my friends.

I suppose I should straighten up and fly right. I might live to be 95. On the other hand, having seen old age at close range, I’m in no hurry to make it past my three score and ten.

And anyway, how would the nay sayers respond to Te Kahu? Would it mean anything at all to them? I doubt it.

I however will always owe the folks at Craggy Range a place in my heart for offering me shelter from the gathering storm.

And if you’ve never tried a bottle a bottle from the Gimblett Gravels, do so before dying. It would be hell to miss something like this.

Share and Enjoy:
Tiny Url for this post: https://tinyurl.com/krymdgh
This entry was posted in Wine. Bookmark the permalink.