IF you read yesterday’s post and comment you will see that the Wine Spectator is becoming a little touchy about their scoring system. You will also note two things.

Although I did not give the score for a “classic” as awarded by the Spectator – 95 Mr. Matthews tells us – I apparently implied St. Hallet had one. Far as I know they don’t, but I don’t worry about scores of classics.

Mr. Matthews does not address the notion that sweet “dry table wines” score higher in their system. This of course is what the last paragraphs of yesterday’s post says clearly and what the headline promises the article says. But possibly Mr. Matthews was so incensed by my spelling error he merely forgot to clarify the magazines position on this issue.

So to give Mr. Matthews and his magazine something to address:
– I think the Wine Spectator taste tests are about as scientific as the Pepsi Challenge. (IF you wish to dispute this claim I suggest you read articles posted in the AAWE Journal of Wine Economics.)
– I think that wines of high viscocity (i.e. “thick mouth-feel”) and high sugar content are prone to higher scores.

If the Wine Spectator wishes to claim their scores are more valid than the Pepsi Challenge they need to implement a tasting regimen similar to that employed by the IVDP.

Finally I apologize to all readers for my erratic spelling particularly with French. Alas I am nowhere near bilingual and it shows just about every time I use French terms and names in my column. I also avoid diacritical marks (e.g. e-acute) because they do not carry well across international operating systems. I also avoid apostrophes for this reason though I find that slightly annoying as a writer.

So to properly answer Mr. Matthews sneer I suggest the Wine Spectator research testing systems that depend on rigour beyond brown paper bags. 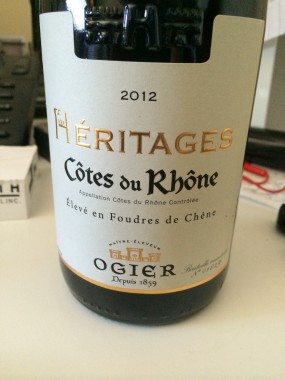