How to earn a “Classic” score from the Wine Spectator 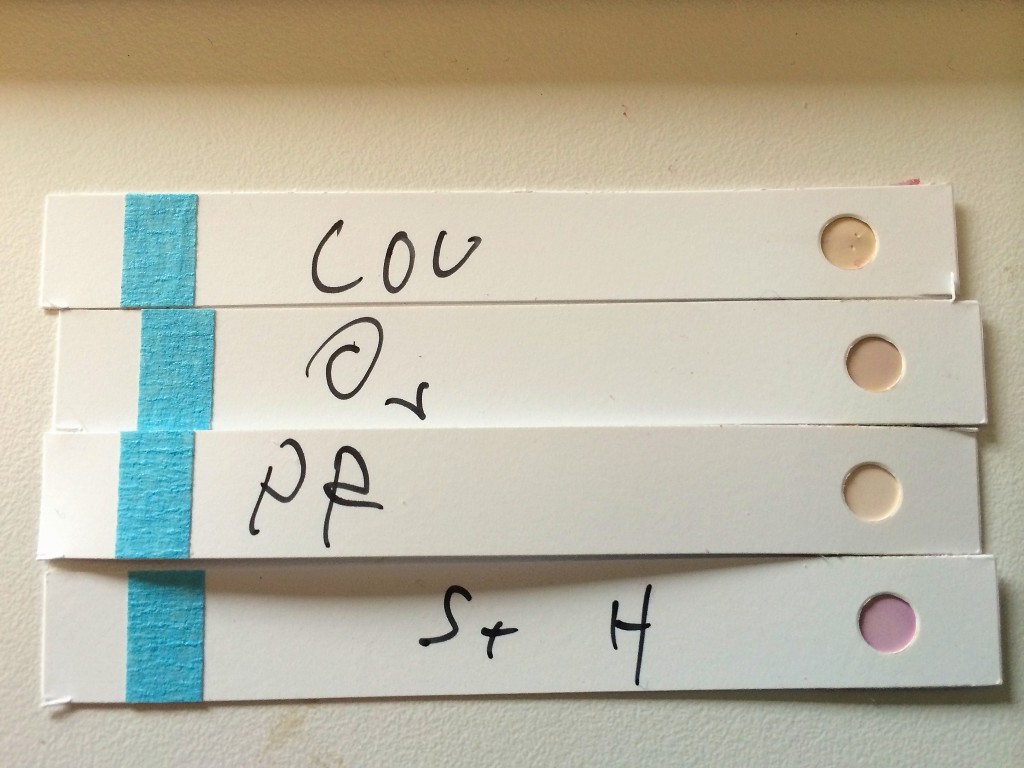 Pictured on the right are four acuvin test strips for residual sugar.

The top strip is Coudoulet de Beaucastel 2010, a wine of some repute. (15.5 by Jancis Robinson)  This particular version is low on Syrah, only 20%, which probably accounts for the slightly lowish score.  Robinson gave the ’11 a 16.

Ogier Heritages [corrected after comment see below], an inexpensive wine from a competent producer is next.

Perrin Reserve another inexpensive and reliable Rhone is third.

St. Hallet Gamekeeper’s is the bottom.

The color indicates the residual sugar levels.  Coudoulet had under 200 mg/L. Ogier maybe 600 to 700 mg/L.  Perrin Reserve about 500.  St. Hallet had between 1000 and 2000 mg. Three guesses which one scored a 91 from the ever so wise and sensitive palate of the International Wine Challenge Oct. 2013 [Corrected. See Below] …

If you want to be promoted by the WS better pick around 26 Brix and make sure your “dry red table wine” has as close as possible to half a teaspoon per bottle of sugar in it.  That way the typicity, terroir and finesse of the wine will be noticed by the blind tasting panel of the Spectator.