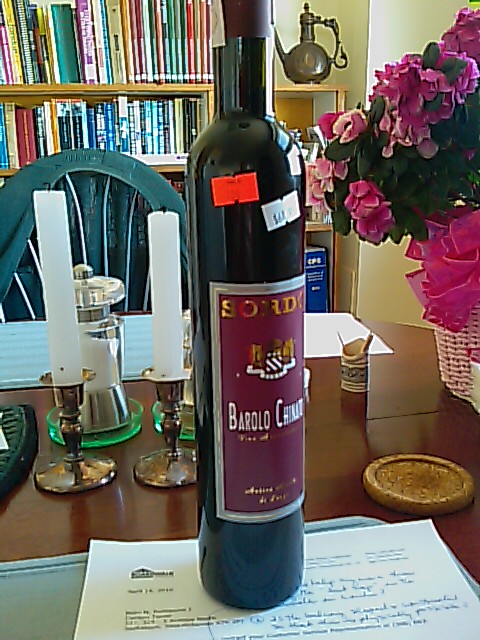 If you ever drink vermouth, either on the rocks or in a cocktail, you’ve probably come across Campari. Unlike all the other vermouths, it is extremely bitter. You either like it or you don’t. The classic cocktail with it, is Gin and Campari, or a Negroni, gin, sweet red vermouth and campari in equal measure. (good bartenders layer the drink so it is tri-coloured.)

The ingredient that does the distinctive taste is quinine bark. I assume the original makers thought the bark came from China (hence the name.)

Chinato more or less became extinct in the ’90s, during the craze for barolo. Barolo makers could sell every drop they made for more money. However a DOCG for Chinato was created, which I found surprising, but there it is.

Real Chinato is made with Barolo wine, and therefore costs about triple what Campari costs. The taste is similar, though more winey.

If you ever see a bottle buy it and try it, straight up, on the rocks or with gin. I found this bottle being discounted at Nardi’s Grotto in Winnipeg. Apparently people didn’t like the stuff. I got it for about $40.

You can use it instead of vermouth in a dry martini, which is quite nice.

Share and Enjoy:
Tiny Url for this post: http://tinyurl.com/6k2d7q2
This entry was posted in Cocktails, Spirits. Bookmark the permalink.

2 Responses to Chinato, the Ur-Campari